Hi!
Another cool feature is making its way to the next version of Guerilla. Some of you might have experimented with stereo rendering, and you probably know that stereo is a rendering killer, because renderers have to render an image for each viewpoint, which is generally done separately. Guerilla did suffer from this, and it was easy to double your render time.

But! We overcame this by adding multiple camera sampling in the renderer. In a few words, Guerilla is now able to render the same frame from different viewpoints in a single pass, and saves you the cost of subdivision and shading. Let say you have a heavy scene, with complex shaders, nasty procedural objects and a lot of cool stuff in it, Guerilla will spend most of its time computing shading (like raytracing, occlusions, shadows...) and producing geometry rather than turning the pixels on or off. And that is exactly what sampling is, turning pixels on and off! So you can render more pixels without increasing shading time! 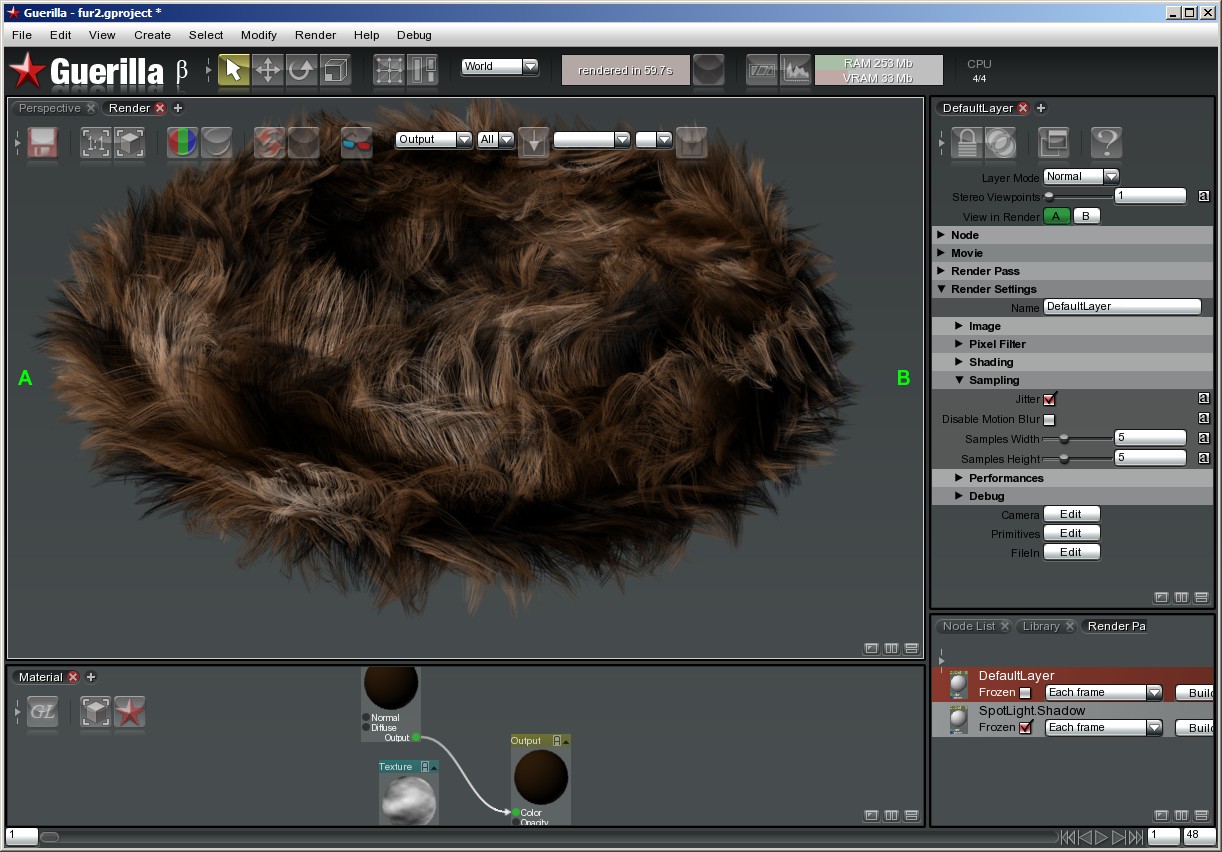 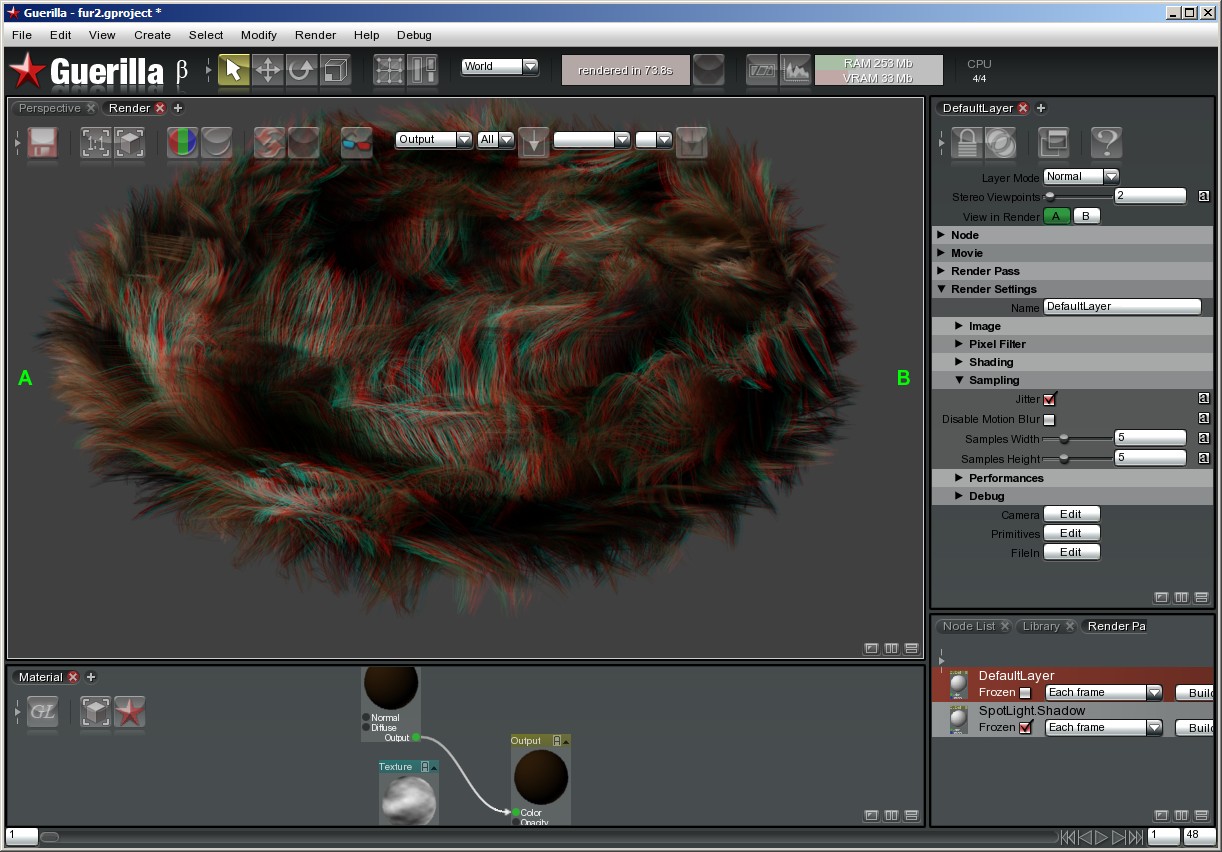 The same torus, rendered on 2 viewpoints, 74 seconds in one pass. Saves 40% of render time! And this ratio even increases with more viewpoints!

And remember that fur rendering is a heavy sampling process...
On the minus side, one pass stereo can produce some artifacts at grazing angle, but you will probably have to push the button very hard to even notice these artifacts

And fortunately enough, it will always be possible to render your frames separately, should any artifact appear...