Besides a huge work on Optimization and Stability, Guerilla 2.1 comes with a great number of new features.
The Key Features of this new production-proven release (Minuscule 2: Mandibles from Far Away, Playmobil: The Movie, Ford v. Ferrari) are:

The engine now integrates adaptive sampling, which allows to keep on sampling pixels that haven't reached the required quality.

The Render View and the Viewports can be switched to interactive raytracing. Changing the scene automatically restarts the rendering, and let you play interactively with the lighting, and all shading parameters. Also, this allows you to navigate through scenes that couldn't be rendered in OpenGL, such as forests of millions of trees, crowds of furry creatures and more!

Bidirectional is super helpful to render complex illumination setups, such as indoors lit by exterior lights, wall lamps, and even caustics. Just increase the Light Max depth to enable the bidirectional engine!

AOVs now use OpenShadingLanguage Light Path Expressions. This offers a much wider range of possible AOVs to render, and we've kept this easy artist friendly if you don't care about that level of control. For instance, you can render color ids or diffuse color after many mirror bounces in a finger snap!

We've made the RenderGraph even more powerful. Use the RenderGraph to generate instances, to add lights procedurally, and to setup Procedurals such as Hair and Fur on characters or creatures and use them on shots without the classic integration burden. 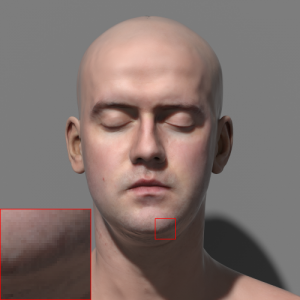 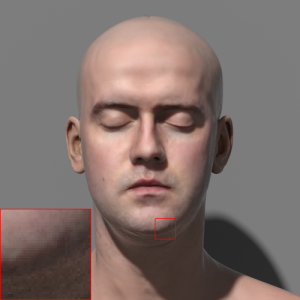 With and without denoiser. Credit: Lee Perry Smith scan 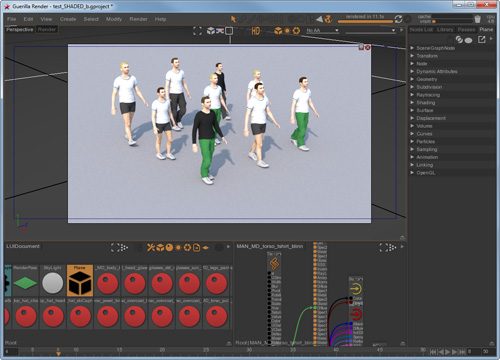 Integrated in Autodesk Maya, Golaem makes it easy and affordable to populate worlds with directable digital characters, from a few to thousands. Artists from all over the globe use Golaem to bring life to commercials, episodic productions, feature films and games 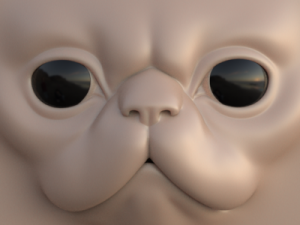 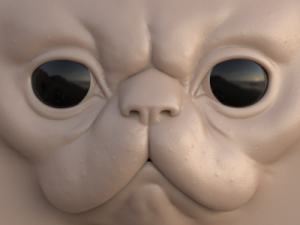 Without and with vector displacement. The model is rendered with only two steps of subdivision

An archive is a .rib file filled with static, ready to render, set of objects, lights and shaders. The objects include the overrides set by the RenderGraph at the time of the archive creation.

This workflow can be used to pack a large set of objects (like a large static set) in a single file and continue to work with a lightweight Guerilla project. 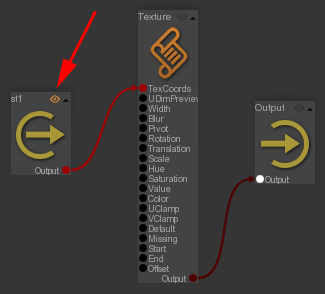 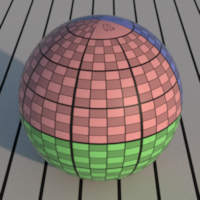 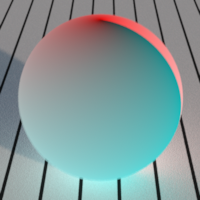 Click the Eye widget to see in render the shader in action!
For instance, inspect the st node to sneak peek the geo UVs instead of the texture 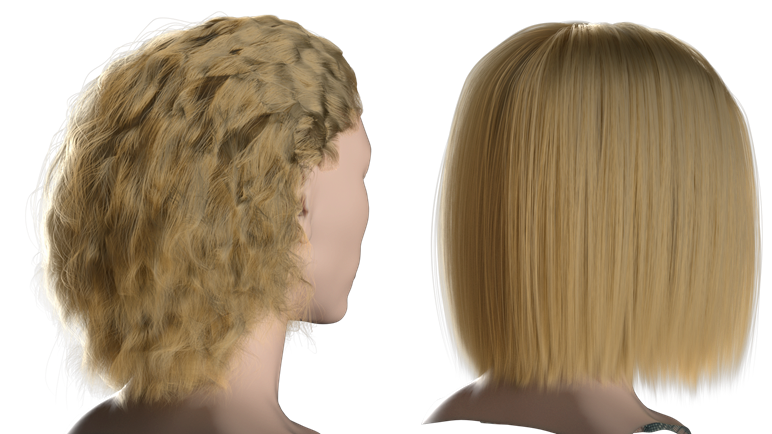 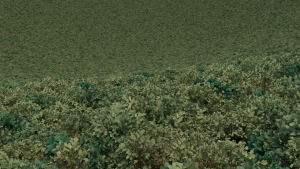 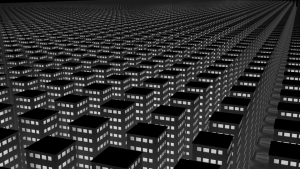 More than hundred of thousands of lights!
Cutoff threshold to reduce rendering time 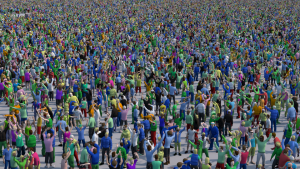 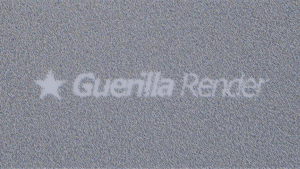 Support of the Golaem Crowd procedural

Python scripting
All the Guerilla API is now scriptable in Python.

HTTP monitor
Monitor your render nodes in your web browser. Watch the rendering live. Use the JSON api.